Spooky encounters aren’t uncommon in old theaters. Just stick around late enough at the Hart County Community Theatre and you may be confronted with some paranormal activity. 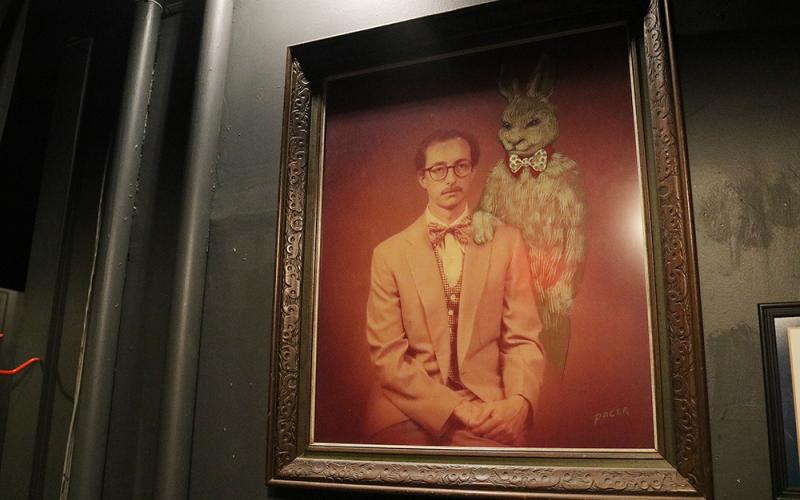 Spooky encounters aren’t uncommon in old theaters. Just stick around late enough at the Hart County Community Theatre and you may be confronted with some paranormal activity.

If you go to the theater when no patrons are around, and no production is in progress, you might begin to hear the normal creaks, cracks and drips that are par for the course with an old, historic building, but pay close attention and you may hear some out of the ordinary sights and sounds.

“The theater is a living thing,” Donald said.

One of the alleged ghosts, named Harvey, got his name from one of the first shows the theater ever performed, also titled “Harvey.” The performance is about a man who sees an imaginary rabbit no one else can see named Harvey.

But Harvey isn’t a mean or dangerous spirit, Donald said. In fact, she believes he watches over the theater.

“It’s sort of comforting to know that there’s something here overseeing the theater, sort of protecting us, and something that’s always going to be here.”

When you walk into the theater, which was orginally constructed in the early 1900s, if you look to your right there is an original photograph-portrait of the Rev. Harry Hannah, who was in HCCT’s first production of Harvey, with a painted rabbit, presumably Harvey. The portrait is located front and center in the theater because it doesn’t like to be anywhere else, Donald said.

“We tried moving it to other locations that aren’t as prominent,” Donald said. “But it will fall off the walls anywhere else you put it.”

That’s not the only strange experiences Donald, and others, have had.

“Lights go on and off. We have strange noises from time to time. People when they’re alone sometimes experience not feeling alone,” Donald said. “Often if I’m in the basement, I’ll hear people talking and walking around, but then there’s not anybody.”

Disturbing sounds and flickering lights aren’t the only signs of ghostly guests — security video shows a perfectly rounded orb flying through the theater, seeming to pause before the camera at one point. And there isn’t just one video. Donald shared multiple eerie videos of strange lights or more orb-like activity that the motion-sensor cameras captured during random hours in the night.

While Harvey occupies the upstairs of the theater, another spirit, simply referred to as “her,” is a little less friendly in the basement, a dark, old place that even has a wall shielding where underground tunnels used to be.

“She makes a lot of noise,” Donald said.

In Donald’s first ever play she performed in at the theater in 1993, she rushed downstairs into the basement to get across the stage to the other set of stairs so she could cross the stage underground. Dressed in Gibson-girl attire for the play, Donald met someone else on her way up the stairs, which are dark to prevent light from entering the stage, and she felt a figure.

“I wasn’t really paying attention. It was just someone in a costume similar to mine. I just said ‘excuse me’ as I was walking past her and there wasn’t anybody there,” she said.

Donald, who often works late into the night at the theater, said Harvey tells her to go home by flickering the lights and making noise when it gets too late. But she still holds a fondness for the ghost.

“He’s our best patron,” she said. “He comes to every show and he’s there for every standing ovation.”

Though the theater will not be performing its annual “Harvey’s Haunted Theatre” this year due to the Depot Street construction and the postponment of the Mayor’s Monster Mash, ghosts will be back on the stage on Dec. 6-8 when they perform “A Christmas Carol.”