Here is what happened at the 2021 production of Harvey! 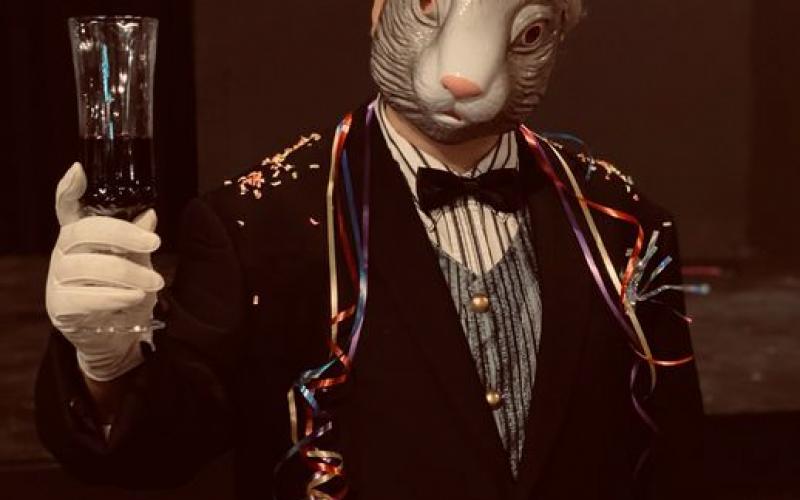 For those looking for a fright on Halloween, Harvey’s Twisted Birthday Party in downtown Hartwell offered thrill seekers a haunt they won’t soon forget.

On Halloween weekend, visitors gathered at 83 Depot St. to find out what the Hart County Community Theater had in store for them in their haunted adventure. (view pdf)

Darkness began to slowly replace the once vivid light outside as guests waited near the doors to enter, and when they did, an ominous host guided them into the building where they were greeted with ghastly sights that started to make the most gung-ho adventurer rethink their decision.

Harvey, the birthday honoree, invited his guests into his frightful venue where they were then led onto the main passage where their desperate journey began.

“I was so excited,” one thrill seeker said. “But I was so scared.”

As people continued down the path they came upon dimly lit corners where they were ambushed by various horrifying figures harassing them through their journey in the theater where they were eventually led into the basement.

Those on the path trying to escape the basement ran into actors wearing creepy masks like rabbits and clowns, who waited for them in the shadows, lunging out at them before they were finally permitted to exit.

The Hart County Community Theater has run the Harvey-themed Halloween haunted tour for six years since 2014, and looks to continue the spooky theme for years to come.

The Hart County Community Theatre’s next production is The Secret Garden and is hosting auditioning for positions in the play. They are looking for men and women actors from ages anywhere from 8 to 65.

For more information about the Hart County Community Theatre, you can contact them by calling (706) 376-5599 or visit them at their location on 83 Depot St. in downtown Hartwell.